1 in every 10 Irish homes have been burgled

Here at PhoneWatch, we have taken an in-depth look at the latest statistics from the Central Statistics Office (CSO) and An Garda Siochana to give you an overview of burglaries by Garda division, and Garda station, for 2022 (Q1 and Q2 January to June), the most recent figures available.

Our homes are sanctuaries where we should feel safe and secure. The CSO's recorded crime index shows 5,047 burglaries and related offences occurred nationwide in Q1 and Q2 2022. This represented a 33% increase on the same period in 2021. This is an unwelcome increase and shows the need to be extra vigilant when it comes to home security.

As a PhoneWatch customer, you are more than 4 times less likely to have a break-in. Our 24/7 monitoring service with our 15 seconds alarm response rate and all-inclusive safety system proving highly effective helps keep you and your home protected. Below shows the percentage increase or decrease in burglary rates per county in 2022 (Q1 & Q2) compared the same period in 2021.

of people feel less safe in their homes during winter.

of people are concerned about a break-in in their home.

of people feel worried when they are home alone.

3 out of 4 Irish homeowners concerned about a break-in

Data published over the past 10 years by the Central Statistics Office reveals that on average 1 in every 10 homes in Ireland has experienced a burglary in that period, with a total of 182,609 burglaries reported.

PhoneWatch has once again published their annual burglary report which outlines their research into burglary patterns over the past ten years. For the report, they looked at 10 years’ worth of CSO Burglary stats along with their own data from their Dublin based Alarm Receiving Centre and some consumer research conducted through Bounce Insights.

Data from the Phonewatch Alarm Receiving Centre shows that those with a monitored home alarm are over 4 times less likely to be burgled!

3 out of 4 (72%) Irish homeowners are concerned about a break-in in their homes, with over a third (39%) feeling worried when home alone. The time of year has a huge impact on how safe people feel, with over half (58%) feeling least protected throughout the winter months and 64% feeling particularly unsafe at night-time. PhoneWatch urges all homeowners to take the necessary preventative measures and continue to protect their homes and their cherished items inside.

Although 80% of people have never had a home break-in, or a smoke or fire incident (87%), that doesn’t stop over 40% of us regularly asking our neighbours to check in on our homes while we are not there but this does not deter burglars, as they can be aware that a home is left unoccupied and your neighbours can’t protect your home 24/7.

Speaking about the most recent figures for 2022, Eoin Dunne, Managing Director of PhoneWatch said “It’s worrying to see a 33% increase in the nationwide burglary rate and indeed an increase across most counties in Ireland. If this rate of increase was to continue until the end of the year, there would be approximately 11,500 burglaries in 2022. At PhoneWatch, our aim is never to scare or unnecessarily frighten people, but to make them aware of the realities of burglary so that they can take the preventative measures to help prevent such occurrences. Above all else, PhoneWatch want people to feel safe in their homes. We are reminding all homeowners to take simple but effective steps to help avoid the trauma of a burglary, especially as the dark evenings close in.” 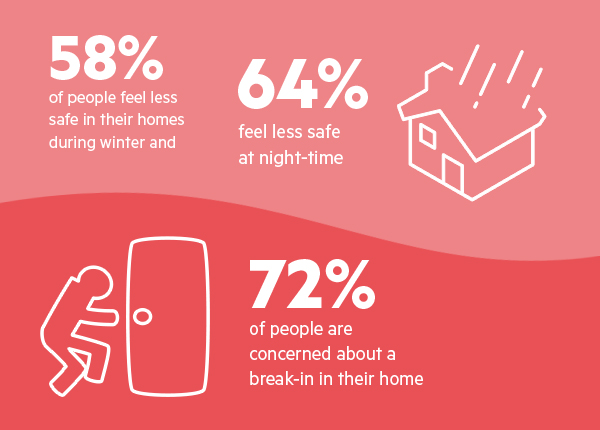 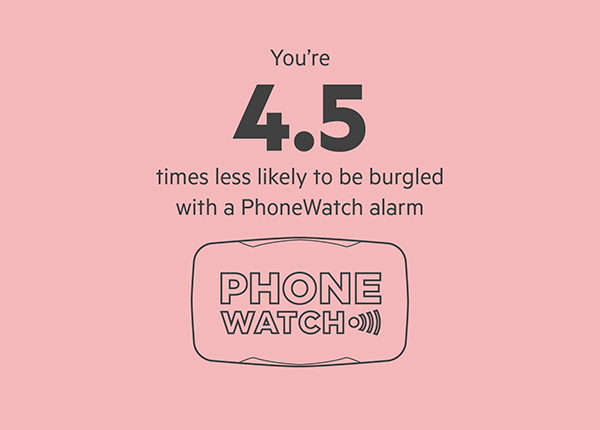 Homes with a monitored alarm are 4.5 times less likely to experience a break in

There are a number of ways we can protect our homes. A lot of these come down to common sense. Repeatedly at PhoneWatch we encourage people to:

Lock doors and windows even when at home.

Leave lights on in the hallway for example during the darker evenings. A handy way to do this is to link your lights to smart plugs, so they can be put on a timer.

Always keep a close eye on candles and electrical items and ensure they are turned off at night.

Never leave valuable items on display – they are too visible and are asking to be taken!

Ensure your smoke alarm is working well and regularly change the batteries.

Remember to always arm your alarm, at night and even when you’re popping out for short periods of time.